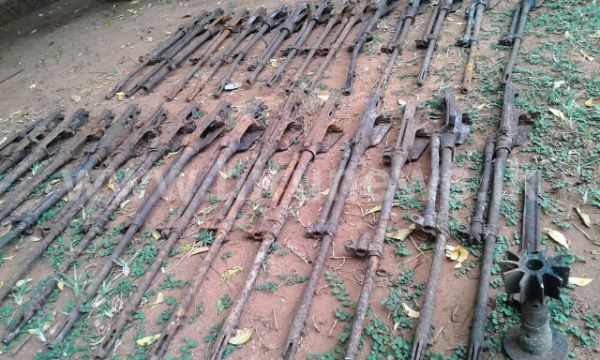 Several weapons belonging to the LTTE were recovered yesterday during the excavations at Palamottai Omantha.

The excavation was carried out on a court order from Vavuniya’s Acting Magistrate Lenin Kumar.

The stock of weapons was discovered when a resident who had resettled in Omantai was clearing his plot of land on 25th this month.

Fragments of seven LMG and MPMG weapons were recovered yesterday.

It’s been suspected that the LTTE might have left them when they fled the site.