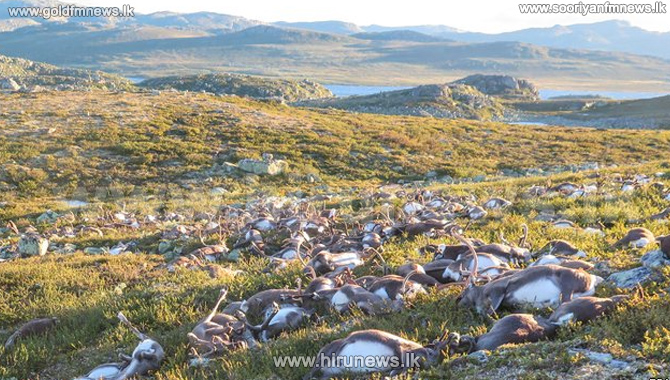 More than 300 wild reindeer were recently killed by lightning at a Norwegian national park, officials say.

The Norwegian Environment Agency has released haunting images of reindeer—including 70 calves—that seemingly fell over where they stood in the grasses of Hardangervidda, the largest high mountain plateau in northern Europe.

While specifics on the lightning strike are still unknown at this time, it’s likely that the dead reindeer were a herd that huddled together to weather a severe thunderstorm that rolled through the area on Friday.