Update : Pistol used in the shooting of army colonel’s wife in Malabe found in Diyawanna Oya 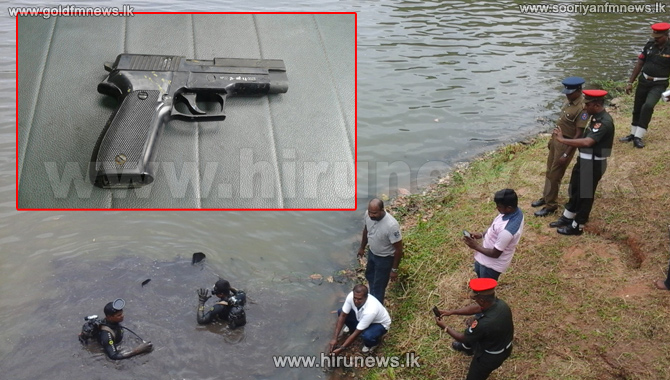 The Navy discovered the pistol that was used in the shooting of army colonel’s wife at Isurupura in Malabe, near the Japan Friendship Bridge at Diyawanna Oya today.

The weapon was found this afternoon during a search operation conducted in the Diyawanna Oya by the Navy divers.

The driver of the victim’s husband made a confession to the police, after he was summoned to give a statement last night.

Accordingly, Athurugiriya Police arrested the victim’s husband who serves as an army colonel, this morning.

Based on the driver’s confession, it has been revealed that the shooting was allegedly carried out by the relevant colonel.

Sri Lanka Navy divers have launched a search for the gun used in Malabe shooting in the Diyawanna Oya.

Husband of the victim, a lieutenant at the Sri Lanka Army was arrested in connection to the incident.

The suspect was arrested when he went to provide a statement to the police.