Basil talks about the new alliance and its symbol 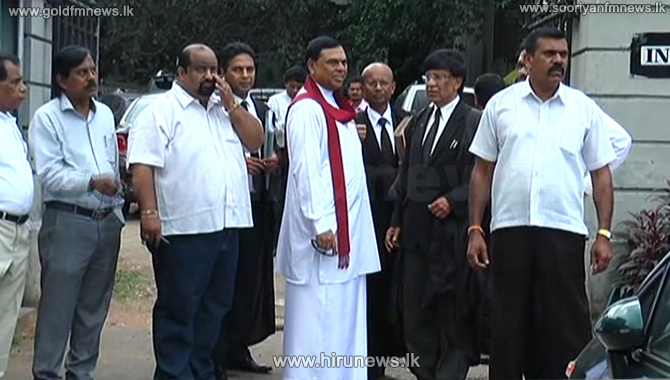 Former Minister Basil Rajapaksa noted that they intend to contest under a new alliance and new symbol at the upcoming local government election.

The former Minister stated this after appearing before Colombo High Court today, in connection with financial misappropriation of Divineguma Department.

Colombo High Court Judge N.V. Karunathilake today noted that indictments will be issued against 4 individuals including former Minister Basil Rajapaksa on the 19th of October.

These individuals are charged with criminal misappropriation of government funds through distribution of roofing material, after spending a sum of Rs. 33 million from the Divineguma Department.

Former Minister Basil Rajapaksa was arrested in connection with misappropriation of Divineguma Department funds, and he has been released on bail.