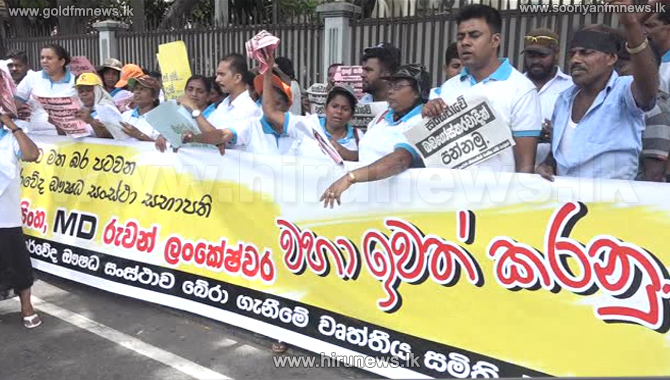 Trade Union representatives of Ayurveda Drugs Corporation forcibly entered the Health Ministry today, making several demands including the removal of the Chairman and the Managing Director of the Corporation.

Ayurveda workers have been protesting for over two months demanding the removal of the Chairman and the Managing Director.

A tense situation erupted today when the protestors attempted to forcibly enter the ministry.

Later the protestors handed over their demands to the Ministry Secretary in writing.

Ayurveda workers held up the Chairman for several hours in his office on June 28th.

Union representatives stated that neither the Chairman nor the Managing Director has reported for duty thereafter.