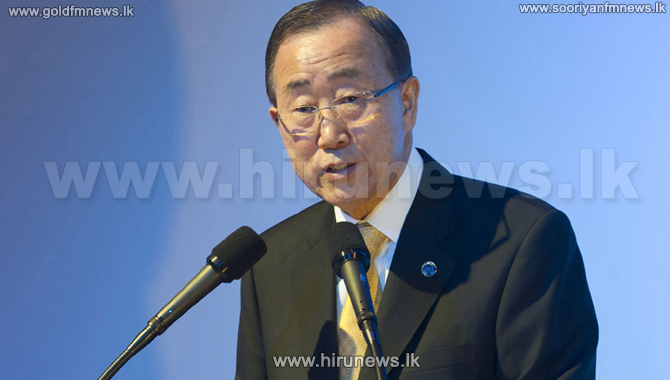 UN Secretary General’s spokesman, Stephane Dujarric said that the UN Chief Ban Ki-moon will issue a positive message on Sri Lanka during his tour of the island.

UN Secretary General Ban-Ki-moon is scheduled to arrive in the country today and, he will meet Prime Minster Ranil Wickremesinghe tonight.

The UN Chief will meet President Maithripala Sirisena tomorrow morning before he meets the Speaker, the Foreign Minister and several top government officials.

UN Secretary General is also scheduled to tour Galle and Jaffna as well.

During the Jaffna tour, the UN chief will inspect the progress of resettlement in the area.

He will also participate in a ceremony titled “the role of the youth on reconciliation and co-existence” which will be held in Galle.