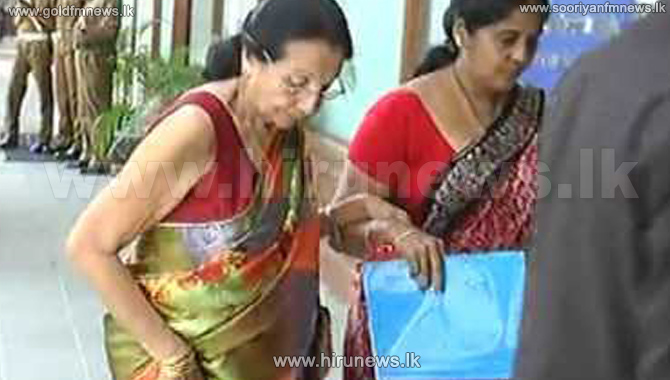 Yoshitha Rajapaksa’s Grand Mother Daisy Forrest appeared before the FCID again this morning.  She was required to record a statement with regard to the ongoing investigations in connection with her house and land in Dehiwala.

Earlier, Daisy Forrest attempted to avoid making a statement and later the FCID reported her action to the Court.

Later on the 26th August Colombo Magistrate Court ordered Daisy Forrest that she should appear before the FCID today.