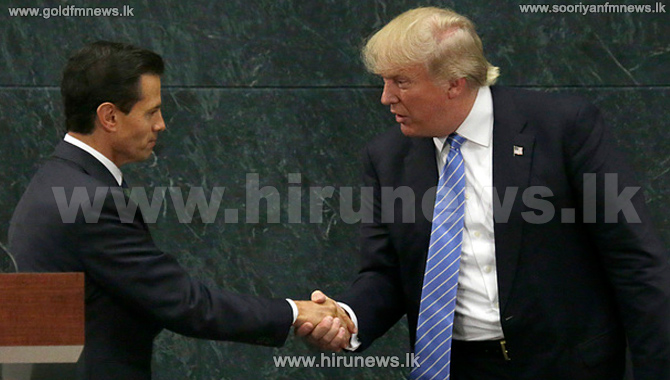 US Republican candidate Donald Trump has defended his call for a wall on the Mexican border, during his visit to meet President Enrique Pena Nieto.

Forcing Mexico to pay for a wall has been central to Trump's election campaign and has become a rallying cry among his supporters.

However, softening his message on Mexico during his visit said that he did not discuss who would pay for the wall.