President speaks about the new movement 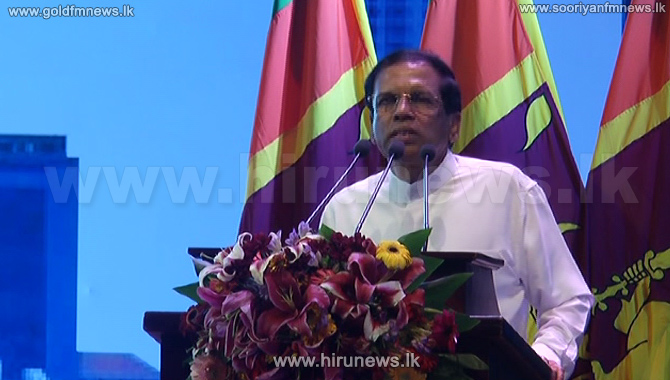 The same groups that complained about irregularities in the former government are now joining it to form a new movement, President Maithripala Sirisena said.

He said this whilst speaking at a function held at BMICH yesterday to unveil a life-sized statue of late former minister Jeyaraj Fernandopulle.

He said that the former minister would also leave the former government, as he did, if he was alive.