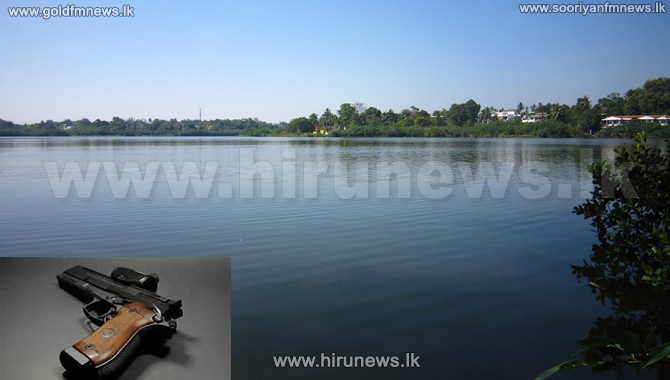 The second firearm believed to have been used in the shooting of the army colonel’s wife was retrieved from Diyawanna Oya this morning.

The army colonel has been now accused of shooting his wife in Isurupura, Malabe.

Police said the revolver is of foreign origin and claimed that no army or police personnel have access to such arms.

Athurugiriya police officer involved in the investigation said the registration number of the firearm has been deleted.  It is believed that the weapon was previously owned by the LTTE.

The accused army colonel had confessed to police that he dumped the revolver he used to shoot his wife with in Diyawanna Oya.

The shooting took place on the night of August 27th.

After being produced before Kaduwela Magistrate yesterday, it was decided the suspect would be remanded until September 9