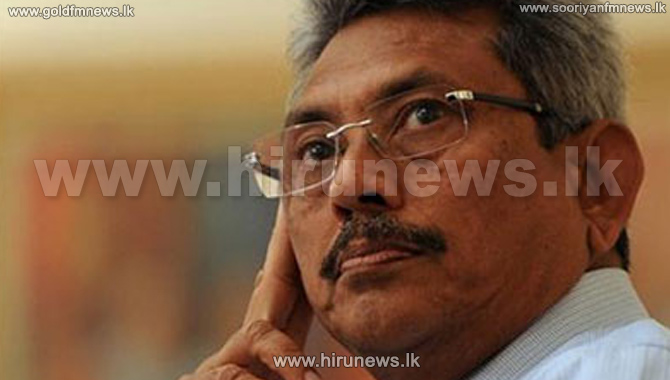 Notice was issued today to the 8 suspects including former Defence Secretary Gotabaya Rajapaksa to appear before Court on September 30th.

The notices were issued in connection with the case involving the Avant Garde floating armory allegations which were taken before Colombo Chief Magistrate Gihan Pilapitiya today.

The Commission to Investigate Bribery or Corruption filed Action against the 8 suspects for incurring a loss of 11.4 billion rupees to the government by illegally granting the permit to Avant Garde Maritime Company to run a floating armory.

The Bribery Commission sued the eight suspects under 19 counts of charges and, has also produced 60 evidences and 218 tangible evidence in support of the case.