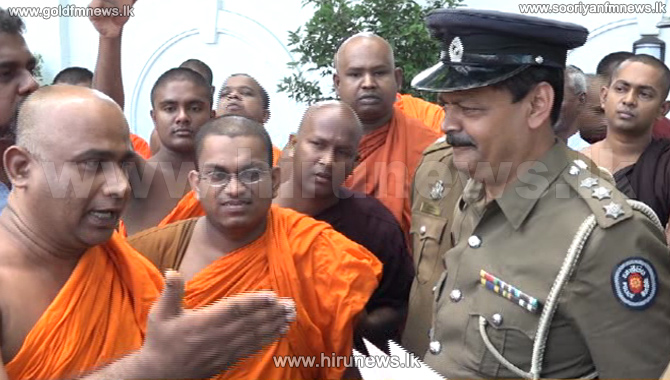 The TNA says that it expects to discuss with visiting UN Chief Ban Ki-moon the joint statement issued in 2009 by the former President Mahinda Rajapaksa and the UN Secretary General.

TNA leader and Opposition Leader R. Sampandan told our news team that his delegation expects to discuss this with the UN Chief when they meet him in Jaffna tomorrow.

He is scheduled to address a youth forum titled “the role of the youth on building reconciliation and co-existence” in Galle this afternoon.

The UN Chief will also participate in a question and answer session organized by the youth in Galle.

Meanwhile, a protest was held in front of the UN Office in Colombo by several organizations this morning.