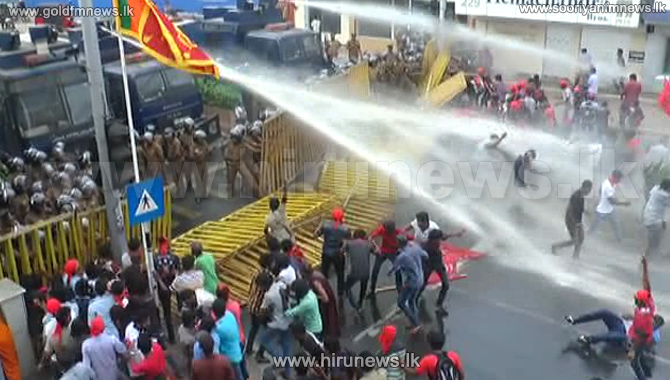 Investigations were launched to arrest students who had allegedly assaulted police officials during the IUSF protest march yesterday.

The police media division said four police officials were hospitalized during the incident.

Four students are also being treated at the National Hospital of Colombo after they were injured during the tear gas attack launch by police to disperse them.