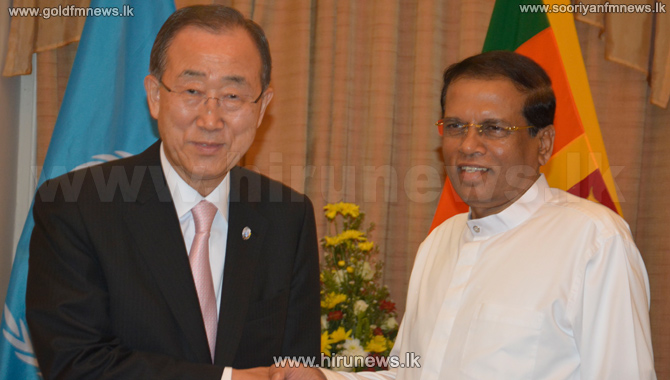 During the tour the UN Secretary General is expected to gain an insight into resettlement efforts being carried out in the north.

Meanwhile, the UN chief yesterday expressed his appreciation over the progress made by Sri Lanka over the last one and half years.

He also assured the continued assistance and support from the United Nations towards the efforts of the government.

Ban made these comments during talks with President Maithripala Sirisena at the President’s residence yesterday.

The two leaders discussed the ongoing development programmes, the progress of the programmes being implemented to strengthen reconciliation and the process of constitutional reforms.

The President briefed the visiting UN chief about the steps taken by the government with regard to constitutional reforms, devolution and structural reforms.