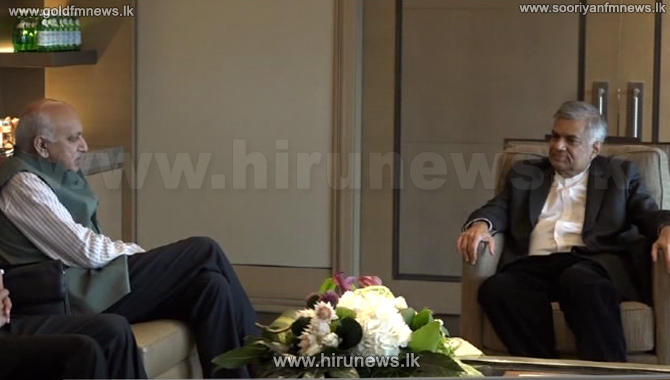 Prime Minister Ranil Wickremesinghe says that issues that may arise in the Indian Ocean Zone have to be solved through discussions and agreements.

The premier stated this giving the key note address at the 2016 Indian Ocean Conference held in Singapore.

Prime Minister Wickremesinghe further noted that a lawful system should be implemented for the Indian Ocean Zone.

He added that the conference should be utilized to emphasize cooperation amongst countries of the zone especially for the sectors of education, human resources and capital.

Indian minister of State for external affairs C.M.J. Akbar stated that the efforts made by Sri Lanka to protect and emphasize reconciliation in the Indian Ocean zone is commendable.

The Indian State minister stated this in Singapore, engaging in a discussion with Prime Minister Ranil Wickremesinghe yesterday.