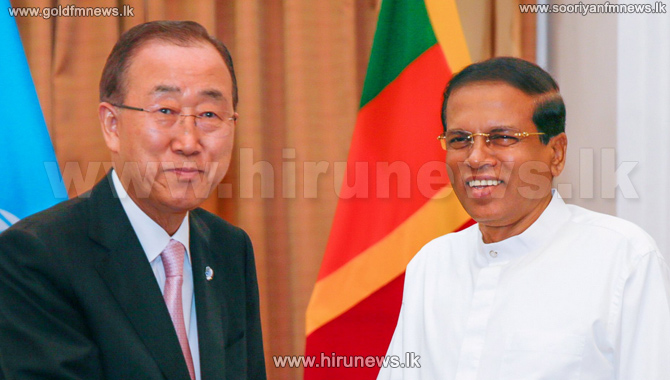 Visiting UN Secretary General Ban Ki-moon says that Sri Lanka has entered the path of progress subsequent to the implementation of reconciliation and good governance.

Delivering a speech in Colombo this morning , titled ”Lasting peace towards the goal of development”, the UN Chief said that transparency and accountability are reflected on the measures taken so far by the country towards such efforts.

Addressing the conference, Foreign Minister Mangala Samaraweera said that Sri Lanka has a vision and a mission for reconciliation.

A meeting between the UN chief and speaker Karu Jayasuriya was also held after this conference.

Following a meeting yesterday the president pointed out to the visiting UN chief that Sri Lanka is regaining ground after a long civil war, therefore it needs sufficient time to gradually restore and move forward.

The UN Secretary General will tour in Jaffna later today and, he is scheduled observed firsthand the progress made with resettlement projects in the North.