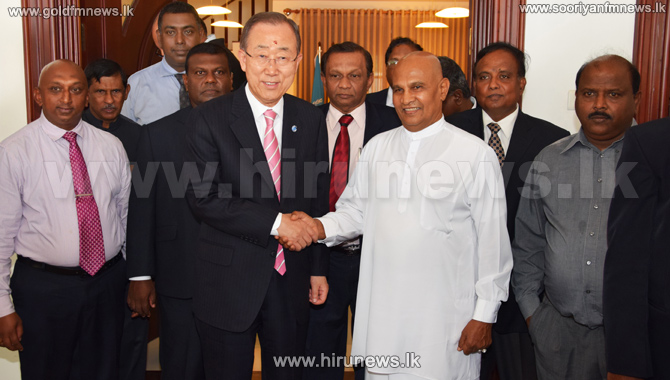 Later the UN Secretary General met a TNA delegation led by Opposition Leader R. Sampan than at the Jaffna Library.

Representatives of the UN Jaffna Office were also present at the meeting.

It is significant that the UN Chief met Northern Provincial Chief Minister at a separate meeting in a different venue of the same building.

Meanwhile, a protest was held by the family members of missing persons in front of the Jaffna Library today.