President says not to undermine reconciliation 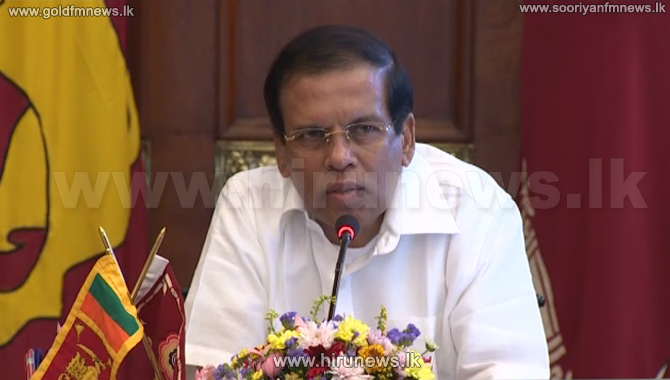 President Maithripala Sirisena says that the reconciliation should not be undermined and it is the collective responsibility of all citizens to understand the importance of reconciliation and act responsibly.

The President expressed these views during a meeting with the heads of media institutions held at the President’s House this morning.

The President also explained to the heads of media institutions what transpired during the exchange of views between him and visiting UN Chief.

In addition, President Sirisena said that the displaced persons who are currently living in makeshift camps in the North will be resettled within the next three months.

Some participants posed questions, which included queries about actions that would be taken against the school boy who hacked into the president’s official website and defaced its data.

Meanwhile, the 17-year old student and the 26-year old youth who were arrested for hacking into the official website of President Maithripala Sirisena were released on bail this morning.

Upon releasing the suspects, Colombo Chief Magistrate Gihan Pilapitiya told the parents of the student that although providing a computer to develop IT literacy is good, they should be vigilant when doing so.