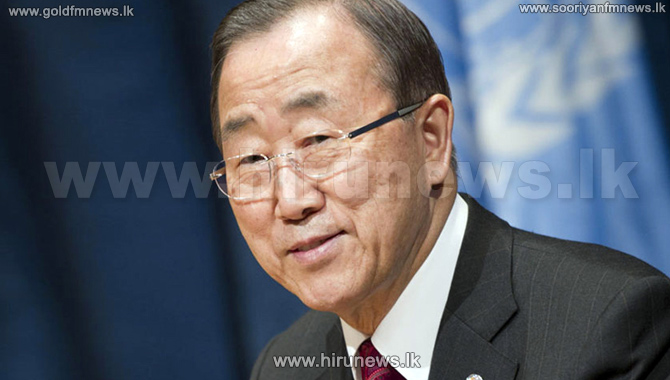 UN Secretary-General Ban Ki-moon who is visiting Sri Lanka congratulated the government for the progress that was made after the war.

“This is my first visit to Sri Lanka since 2009, when I saw great suffering and hardship. Hundreds of thousands of people were displaced and in need of humanitarian aid after the terrible conflict that tore the country apart. I called for fast reconciliation and action to build peace, in the knowledge that conflict can recur in fragile post-war societies,” he said.

He added, “I congratulate the Government and people of Sri Lanka on passing the 19th Constitutional Amendment and the recent Right to Information Act. I commend your efforts to move forward on a comprehensive transitional justice agenda, and on a constitutional reform process."

He expressed these views at a media briefing held in Colombo yesterday at the conclusion of his 3 day official visit to the island.

UN Secretary General Ban Ki-moon left the island at around 10.30 last night aboard a special flight from South Korea.