President gives a wake-up call to the Government 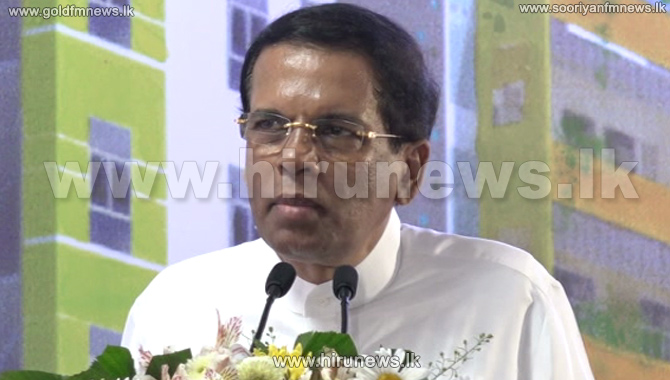 President Maithripala Sirisena today gave out a message to all stakeholders of the Government.

The President expressed his views regarding the increase in taxes on cigarettes at the opening of the new building of the Maharagama Apeksha Hospital.

President Sirisena also recollected the challenges he faced as the Health Minister back in the day.

Meanwhile, the 150th Anniversary celebrations of the Police were also held under the patronage of President Maithripala Sirisena at the Bambalapitiya Police Grounds.

President Maithripala Sirisena who was born on the 3rd of September 1951 received his education from Thopa-Wewa Maha Vidyalaya and Polonnaruwa Royal College.

He commenced his political career in 1967, and progressed towards becoming a District Organizing Secretary of the SLFP in 1979.

He became the Secretary of the SLFP Youth Front in 1981 and was first appointed to Parliament in 1989.

Since then after having held several key Ministerial positions, he was elected as the President of Sri Lanka on the 08th of January 2015.