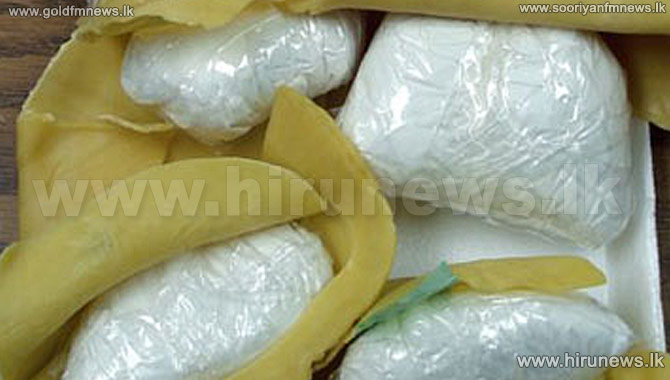 2.24 kilos of Heroine worth over 30 million rupees was seized by the Navy in Mannar, yesterday.

The Navy media unit stated that 5 Sri Lankans and an Indian national were arrested in connection to the incident by the Sri Lanka navy in Mannar based on a tipoff received by intelligence.

The Vavuniya police too joined in the efforts.

The stock of heroine and suspects were arrested last evening in the Mannar, Pallimunei area.

It is suspected that these drugs were brought from India into the country.

The Vavuniya police is to take further action regarding the suspects and the seized stock of drugs.