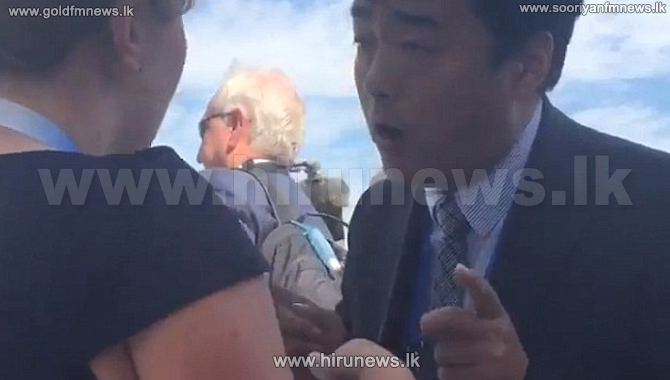 The G20 summit got off to a contentious start with Chinese officials reportedly confronting National Security Advisor Susan Rice and other U.S. officials in at least three incidents, as President Obama arrived in China for the two-day international economic talks.

Within minutes of Obama arriving on Air Force One, a member of the Chinese delegation started screaming at White House staff.

One reporter described the scene as “a bit of chaos,” as the Chinese official appeared furious about journalists being so near Obama’s arrival, though they purportedly were standing in the area Chinese officials had designated for them.

White House officials reportedly told the Chinese official that the U.S. press corps was staying for the American president arriving on a U.S. aircraft.

When the White House official insisted the U.S. would set the rules for its own leader, her Chinese counterpart shot back saying “this is our country”.