500,000 confirmed for SLFP convention: A statement from Minister S.B - 40 Joint opposition ministers against the convention 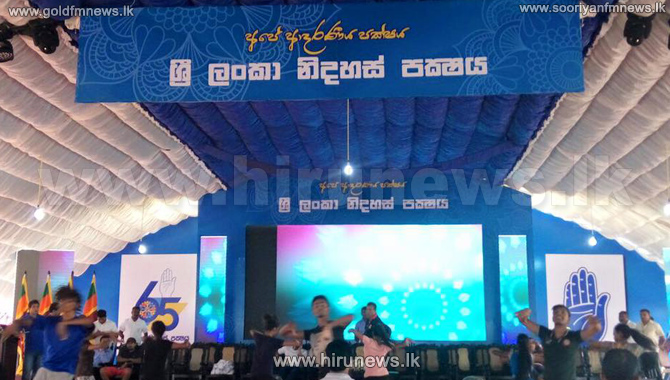 Minister S.B. Dissanayake stated that all preparations have been made for the forthcoming 65th Convention of the SLFP.

The minister also noted that nearly 500,000 party supporters are expected to participate in the convention.

The convention will be held under the patronage of President Maithripala Sirisena at Maliga-pitiya Stadium in Kurunegala.

However, parliamentarian Ranjith Soyza says that 40 SLFP MPs representing the Joint Opposition will boycott the event.

According to our correspondent, the security has been bolstered in Kurunegala town and a special traffic plan is currently implemented.