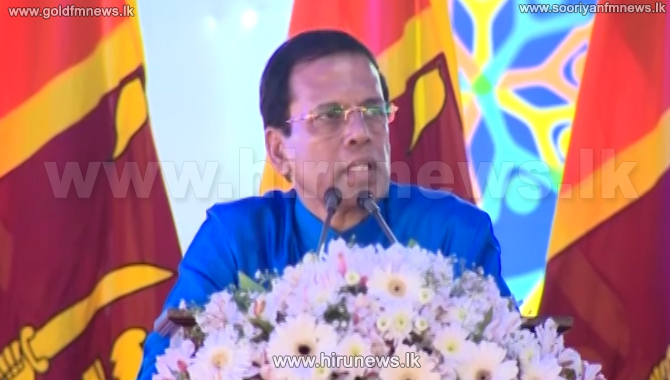 President Maithripala Sirisena stated that he has accepted the party with the aim of establishing n SLFP government in future.

The President stated this while addressing the 65th Convention of the SLFP held at Maligapitiya Stadium in Kurunegala today, with the participation of large number of people.

The Maha Sangha, leaders of other religions, former President Chandrika Bandaranaike Kumaranatunga as well as several senior members of the party and parliamentarians were also present in the ceremony.

After lighting the traditional oil lamp and engaging in religious observances, a tribute was held for the late leaders and members of the party as well as the war heroes,

Seven new proposals were presented during the event, which received the approval of those gathered in the ceremony.

Elaborating his views the President noted that they would contest in the forthcoming local government election under the hand symbol.