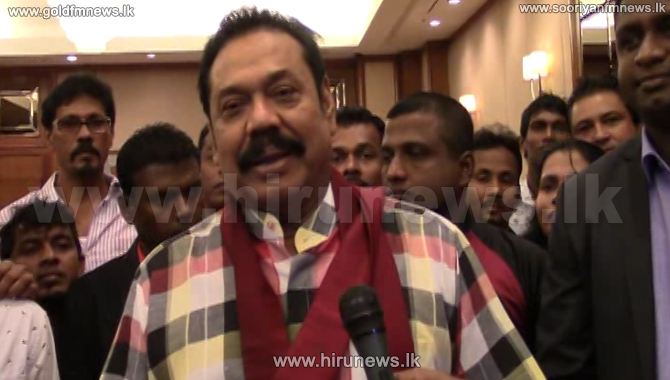 Former President Mahinda Rajapaksa says that true SLFP party is not represented by a building or a symbol.

He stated this while addressing the media after meeting a group of Sri Lankan expatriates in Malaysia.

The former President did not participate in two ceremonies organized at two temples today due to the state of insecurity cropped up due to the protests staged by the Tamil Diaspora.

Accordingly, a group of Sri Lankans living in Malaysia visited the former President at the hotel he was staying.

Meanwhile, Sri Lankan High Commissioner to Malaysia I. Anzar was attacked by a group of persons at the Kuala Lampur Airport.

According to the Foreign Ministry, the High Commissioner came under an attack when he visited the airport to bid farewell to Minister Daya Gamage who arrived Malaysia to participate in the International Convention of the Asian political parties.

Reports further indicated that the assailants have not been identified yet.

An investigation into the incident is currently underway.