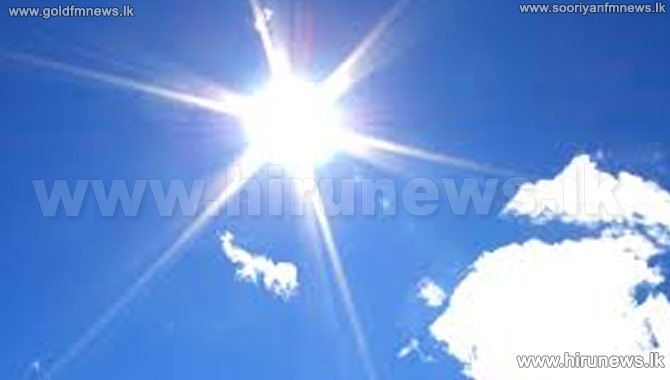 Fairly strong wind at times (up to 50kmph) is expected to continue over the island, the Department of Meteorology states.

Several spells of showers will occur in the Western, Sabaragamuwa, Central, North-western provinces and in the Galle, Matara, Jaffna districts.

Showers or thundershowers may occur at a few places in the Uva and Eastern provinces after 2.00 p.m.

On the apparent southward relative motion of the sun, it is going to be directly over the latitudes of Sri Lanka during 28th of August and 07th of September in this year. The nearest towns of Sri Lanka over which the sun is overhead today (05th) are Bulathsinhala, Okanda, Molligoda and Balangoda about 12.09 noon.