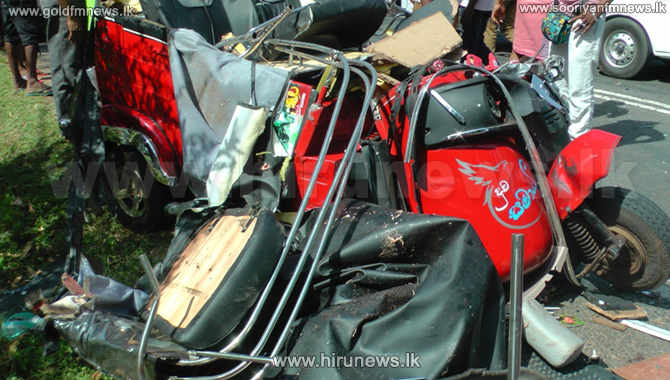 Four people died and six others were left injured in motor traffic accidents in three areas during the past 24 hours.

Two died when a tipper knocked on the motorbike they were riding on in Dambulla- Matale road yesterday.

In a separate accident two others died when a three-wheeler and lorry collided in Nillapitiya area, Kuruwita in Ratnapura- Colombo main road.

Meanwhile, six people were rushed to the hospital when a van skidded off the road in Bogahatenna junction in Badulla.

Police said the health condition of five of the victims were serious.