Pythons fight for mating rights on top of Queensland home 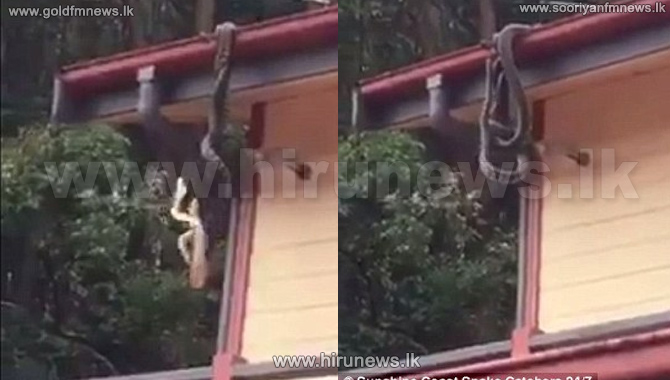 Two large pythons fighting on a roof in Queensland have heralded the beginning of mating season, an expert snake catcher says.

The incredible strength of the carpet pythons is plain to see, as both serpents hang from a second storey roof gutter, writhing and twisting around one another.

"Breeding season has definitely begun now, so this male to male combat may be a common sight throughout the coast over the next couple of months," wrote Max, who works for Sunshine Coast Snake Catchers.

Video of the macho standoff has attracted hundreds of comments and shares since being posted on Facebook, with many Queenslanders largely nonchalant over the footage.