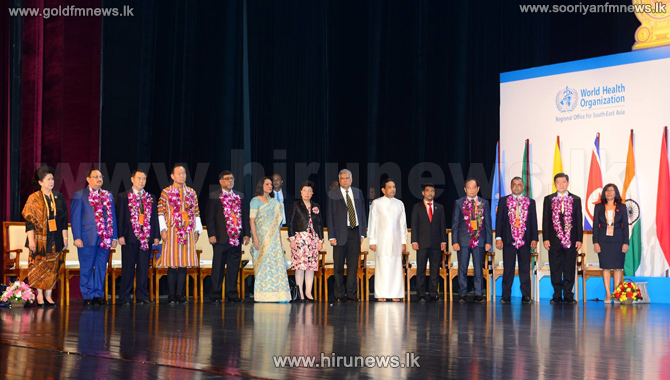 Prime Minister Ranil Wickremesinghe says that the government has planned to reduce the country’s debt burden and use a higher percentage of the gross national income to improve the health and education sectors in the country.

The Premier was speaking at the 69th annual committee session of the South East Asian regional committee of the WHO held in Colombo this morning.

Speaking further at the session, Prime Minister Ranil Wickremesinghe said that Sri Lanka was able to maintain its health sector at a high standard even during the period of the civil war.

Meanwhile, Minister of Health, Dr. Rajitha Senarathna was inducted as the chairman of the 69th session of the South East Asian regional committee of WHO today.

Subsequently, during a media conference, the Minister of Health stated that WHO will issue a certification to Sri Lanka for its commitment to eradicate Malaria from its soil.

When a journalist questioned the minister whether the government has taken any decision to tax food items that contained excessive amounts of sugar, fat or salt, the minister had this to say.