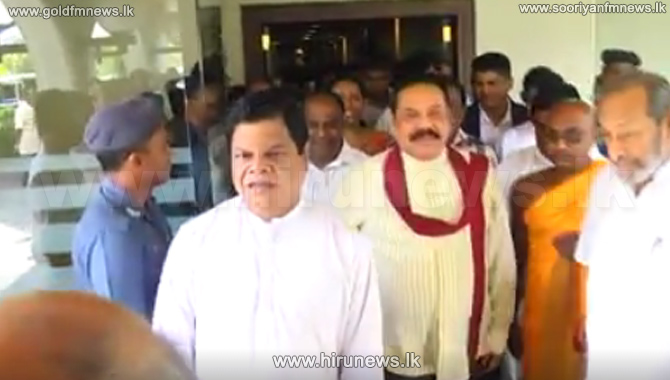 Former President Mahinda Rajapaksa says that the assault on the Sri Lankan High Commissioner is an attack on the government of Sri Lanka.

The former President stated this to the media on his arrival to the country after concluding his tour of Malaysia at 10.30 this morning.

Having participated in the international political parties’ meeting of Asian Countries held in Malaysia, former president Rajapaksa was escorted to the Kuala Lumpur International airport under special guard.

A group of supporters led by the Joint Opposition had gathered at the Bandaranaike International Airport to welcome the former president.