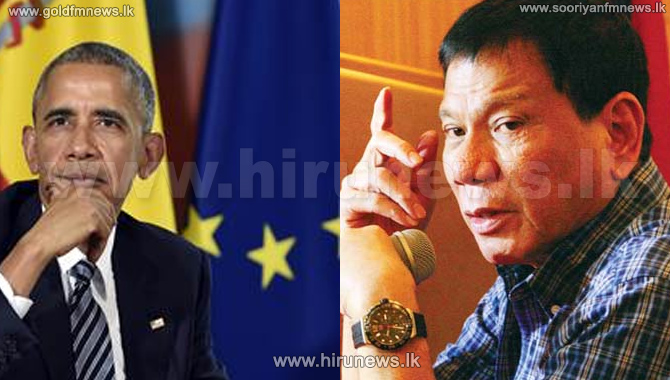 Philippines President Rodrigo Duterte tore into President Obama with an obscenity on Monday, leading the White House to cancel an upcoming meeting with Duterte.

White House officials previously said Obama would confront Duterte about his country's handling of drug dealers, including extrajudicial killings, which are government executions without the benefit of judicial proceedings.

"Who does he think he is? I am no American puppet. I am the president of a sovereign country and I am not answerable to anyone except the Filipino people," Duterte scoffed in a speech Monday. "Son of a bitch, I will swear at you."