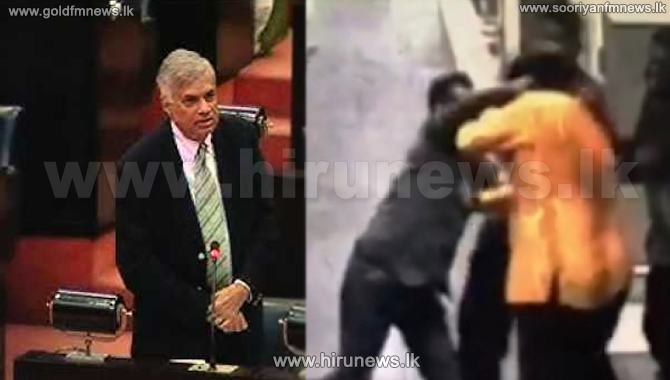 The five suspects arrested in connection with the assault on Sri Lankan High Commissioner to Malaysia have been remanded until tomorrow.

Police chief of Selangor Province of Malaysia, Datuk Abdul stated that they have identified four more suspects involved in the incident.

Speaking during a media conference, he further stated that a special police operation is underway to arrest the four suspects at large.

The Sri Lankan High Commissioner was subjected to an assault at the Kuala Lumpur International Airport when he escorted Minister Daya Gamage.

Minister Gamage was returning to Sri Lanka after participating in an international conference on Asian Political Parties held in Malaysia.

Views were expressed over the assault incident at several media conferences held in Colombo today.

Meanwhile, a group of UPFA Provincial Councillors walked out of the meeting hall and staged a protest for five minutes against the assault on Sri Lankan High Commissioner in Malaysia.