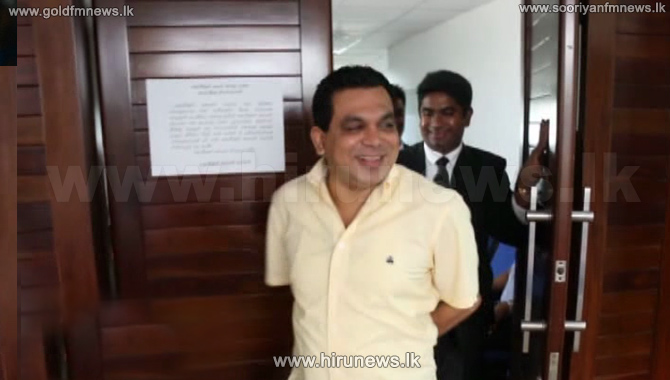 Chairman of Avant Garde Major Nissanka Senadhipathi was arrested by the Bribery Commission yesterday when he appeared before the Commission to record a statement over the Avant-Garde controversy.

The Colombo Magistrate Court granted bail to Senadhipathi and former Major general Palitha Fernando, who was arrested along with the Avant Garde chairman by the Bribery Commission, when they were produced before the court.

The Colombo Chief Magistrate Gihan Pilapitiya released them on a cash bail of 250 thousand for each with four sureties of 10 million rupees each.

The Chairman of the controversial Avant Garde Maritime Company Nissanka Senadhipathi has been arrested when he called at the Commission to Investigate Allegations of Bribery or Corruption to make a statement this afternoon.

Senadhipathi’s lawyer told our news team that his client was summoned to the Bribery Commission to record a statement today.

It is reported that steps are being taken to produce Senadhipathi before Court.