SLFP leaves the decision to the people 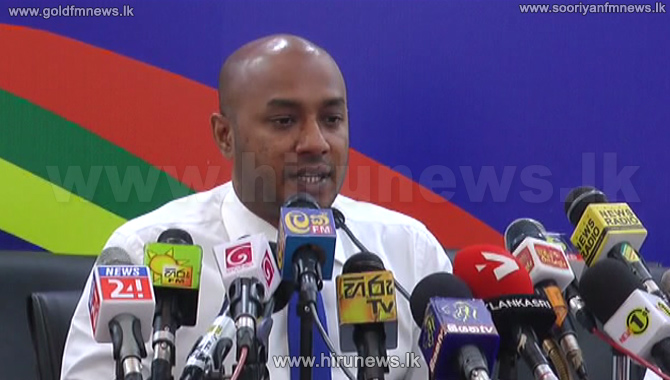 The SLFP stated today that it would not take disciplinary actions against the party MPs who did not participate in its 65th anniversary held on September 4th in Kurunegala.

Addressing a media conference held in Colombo today, General Secretary of the party Minister Duminda Dissanayake said that people will give the verdict on the relevant MPs.

Several senior leaders of SLFP participated in the media conference held in Colombo today.  During the meeting, Minster Dilan Perera responded to the statements made by MP Udaya Gammanpila.

Expressing his views, Minister Dilan Perera noted that MP Udaya Gammanpila who currently belongs to no party, refers to the successfully held SLFP 65th anniversary Convention as a cremation ceremony of the party, when the stalwart SLFP has lasted for 65 years.

He further noted that MP Gammanpila was elected to parliament by the very SLFP supporters.

UPFA General Secretary Minister Mahinda Amaraweera said that the Sri Lanka Freedom Party was able to hold an attractive as well as an exemplary anniversary this year.

In response to the question raised by the reporters with regard to the action taken against the MPs who did not participate in the party’s 65th anniversary, the Minister noted that the relevant decision will be taken by the people in the forthcoming election.