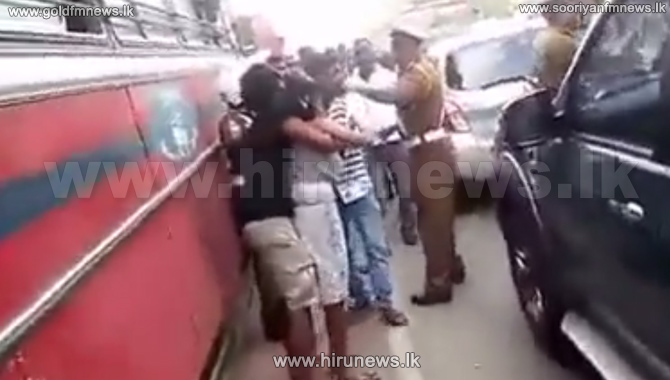 A video footage which shows a group of men assaulting a young girl and a boy who was attempting to rescue the girl has gone viral on the internet and news websites.

The video shows the mob continuously assaulting the two, despite a group of policemen intervening to stop the mob and rescue the two victims.

Certain reports stated that the incident occurred in an unknown location near Kurunegala.

According to these sources, the street onlookers started attacking the girl after she allegedly spit at a beggar.

However, the reason for the attack is yet to be determined.

The young woman and her rescuer reported to have run along the streets for safety.

However, when our news team contacted the Kurunegala police, a senior spokesman said that no such incident has been reported to police as yet.