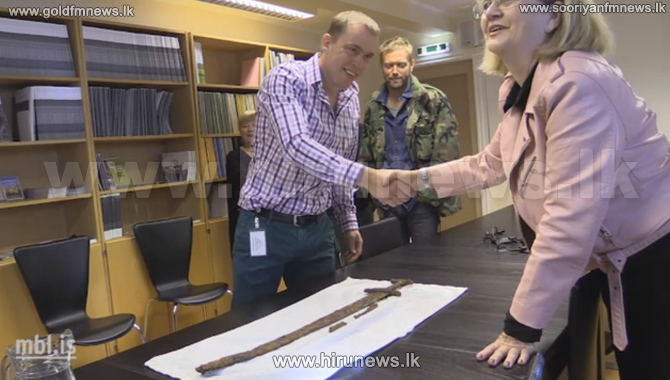 A group of Icelandic goose hunters got more than they bargained for during a recent outing - they didn't catch a single bird, but stumbled upon a Viking sword thought to be more than 1,000 years old.

The five men were in Skaftarhreppur in southern Iceland when they found the sword, which they think may have washed up during a recent flood, the Visir news website reports.

One of the men, Arni Bjorn Valdimarsson, shared a photo of it onhis Facebook page and swiftly received a call from Iceland's Cultural Heritage Agency, which took possession of the artefact on Monday morning.

The agency's director, Kristin Huld Sigurdardottir, says only 20 swords of this age have been discovered in Iceland before, making it a significant find. It didn't take much effort on the hunters' part, though.