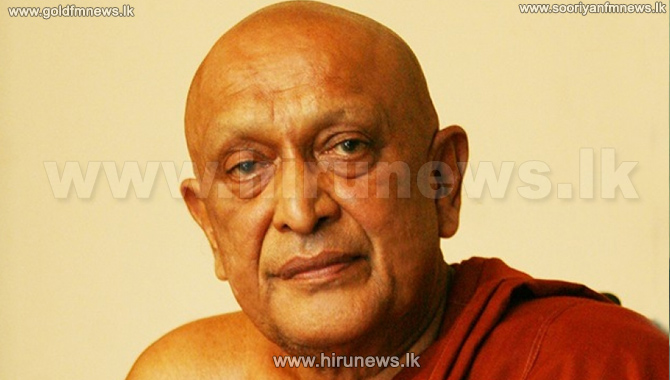 The medical committee appointed to probe into the death of Venerable Maduluwawe Sobhitha Thera informed Court today, that there is no necessity to conduct an inquiry or an autopsy in connection with the passing away of the late Thera.

The report submitted by the Chairman of the Committee Dr. Anil Jasinghe to Colombo Chief Magistrate Gihan Pilapitiya stated that the reasons for the late Thera’s death, as stated by the Singaporean Clinical Board, are consistent with the ailments suffered by the late Thera.

The medical committee therefore has suggested neither a post mortem nor an inquiry is necessary with regard to the passing away of the late Sobitha Thera.

The Committee has further reported that a misplacement of neither medical data nor negligence had occurred.

Earlier, the CID initiated an investigation following a compliant made by Uduwe Dhammaloka Thera on the death of Venerable Maduluwawe Sobhitha Thera.

Subsequently, the Court appointed a 7 member medical committee presided by the Director of Colombo National Hospital Dr. Anil Jasinghe to probe the allegations.