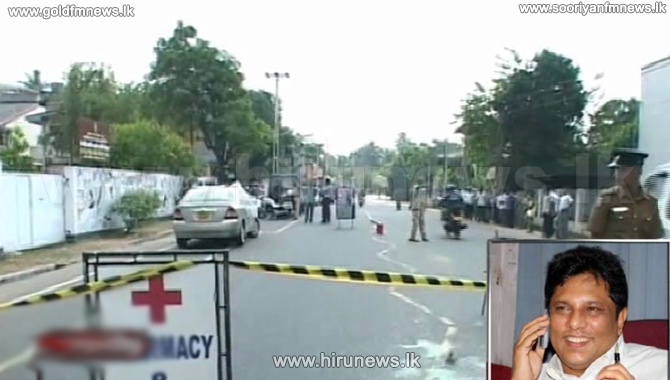 Accordingly, the body will be exhumed before the Magistrate of Hulftsdorp Court No: 2 at Borella Cemetery on the morning of September 27th.

The Magistrate has also made the order that the body be exhumed before a team of medical professionals.

Journalist Lasantha Wickramatunga was murdered in his car within a high security zone on January 8, 2009.  An army sergeant attached to the Intelligence Unit has been arrested in connection with the murder.  The request made by the suspect’s lawyer for bail was also turned down by the Magistrate today.  Later the suspect was further remanded until September 22.

The CID also sought permission from the Court request a report from the Defence Secretary as to whether the weapon used to shoot Wickramatunga was acquired through the general procurement procedure that should be followed by the Army.

Attorney-at-law Ranagala said that permission was granted for the CID request.