Appeal to be filed against Mulleriyawa verdict 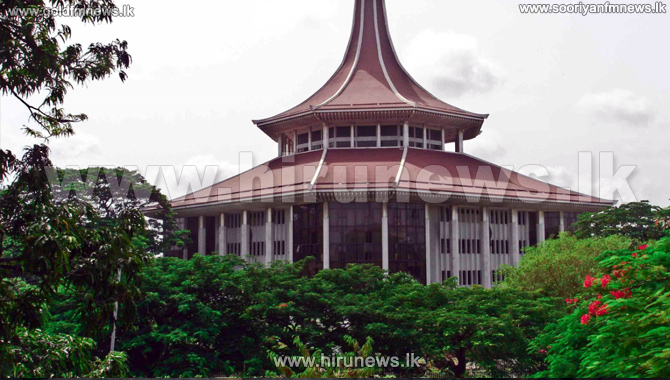 Even though the head of the three-judge bench decided to release the defendants as accusations leveled by plaintiffs cannot be proven beyond doubt, the bench had a split decision about it.


The Colombo High Court issued a divided judgment today with regard to the Mulleriyawa shooting incident.

Accordingly, the presiding Judge of the three-member panel of judges decided to acquit all the accused.

However, the other two Judges of the panel, acquitted only eight defendants and sentenced 5 suspects to death.

The lawsuit was heard for 48 days, before the three-member panel of judges presided by High Court Judge Shiran Gunaratne.

The other two members of the panel were High Court Justice M.C.B.S Morais and Justice Padmini Ranawaka.

The Presiding Judge of the 3 member panel of judges arrived at the court at 10.40 this morning and announced that the judges have prepared a divided judgment.

Accordingly, the presiding Judge has stated that all the accused of the case should be acquitted, adding that the charges against them cannot be proven beyond a reasonable doubt.

However, the other two members of the Judge panel acquitted 8 defendants and sentenced five suspects of the case - namely the first, second, seventh, tenth and the 11th defendants - to death.

Following the verdict, the lawyer who appeared on behalf of the defendant attorney-at law Anuja Premaratne expressed his views to the media in the following manner.

“The decision of one of the judges of the panel was to acquit all the accused. Another Judge issued the verdict convicting certain defendants for certain charges. The third member of the panel also supported the decision of the second judge. However, the defendants are not content by the final verdict. Therefore, our next legal procedure would be to file an appeal to the court. And we will file the relevant appeal in the near future.”