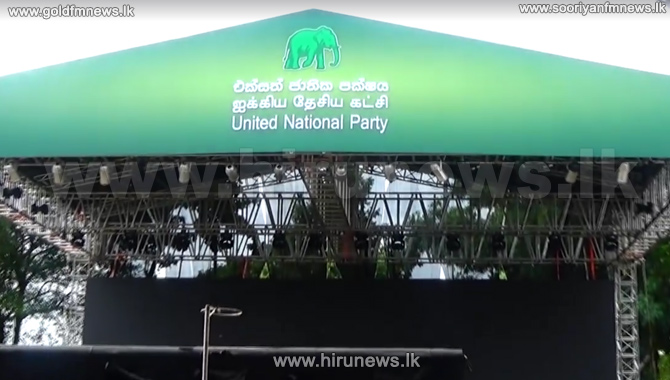 The United National Party which celebrates its 70th anniversary will hold its party Convention at the Campbell Park grounds, Borella today, under the patronage of party leader and Prime Minister Ranil Wickremesinghe.

President Maithripala Sirisena will also participate in the 70th anniversary.

The UNP was founded on September 6th, 1946 under the leadership of D.S. Senanayake, who became the country’s first Prime Minister later.

During the past 70 years, the party represented the Government and the Opposition.