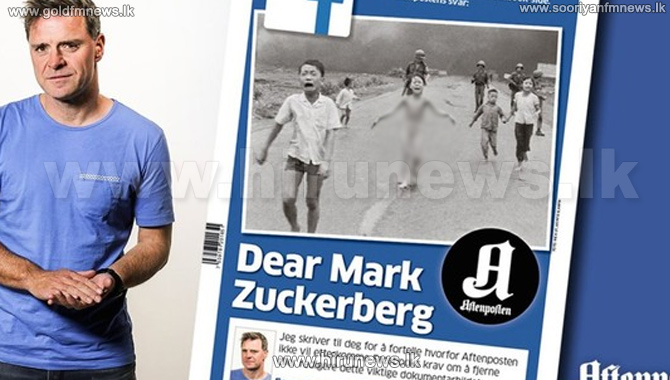 Facebook has been accused of censorship after it deleted posts from the page of a world leader.

Norwegian Prime Minister Erna Solberg on Friday denounced Facebook for limiting freedom of speech after the social giant deleted a post on her personal Facebook page that showed an iconic Vietnam War photo of a naked girl running screaming from a napalm attack.

The Pulitzer-Prize-winning photo, shot by Associated Press photographer Nick Ut in 1972, was credited with helping turn the tide of public sentiment against the war after the haunting image appeared on the front page of the New York Times on June 9, one day after the attack on Trang Bang.

The Facebook furor began when the social network deleted the famous photo from Norwegian author Tom Egeland's Facebook page, where it was part of a series of memorable wartime imagery. When Egeland subsequently posted his shocked reaction to the removal of the "napalm girl" photo, he found his account suspended.

Norway's largest newspaper, Aftenposten, published Egeland's story on the censorship, only to find that its own Facebook posts were also quickly deleted.

Espen Egil Hansen, Aftenposten's editor, then took to the front page of his paper to slam Facebook in an open letter to CEO Mark Zuckerberg, describing how, "Less than 24 hours after the email was sent [by Facebook to request deletion], and before I had time to give my response, you intervened yourselves and deleted the article as well as the image from Aftenposten's Facebook page."