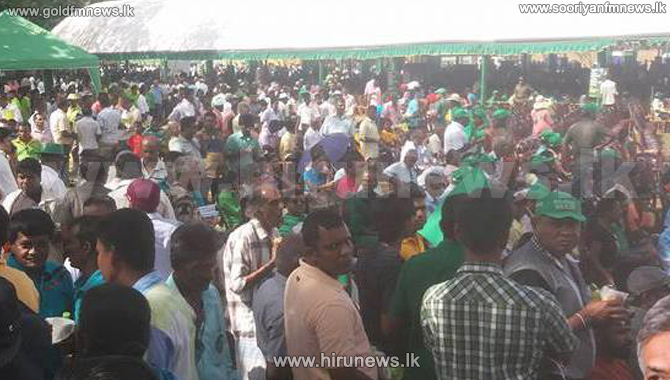 The 70th Convention of the United National Party commenced under the patronage of party leader and Prime Minister Ranil Wickremesinghe at the Campbell Park grounds, Borella.

President Maithripala Sirisena arrived at the venue as the chief guest.