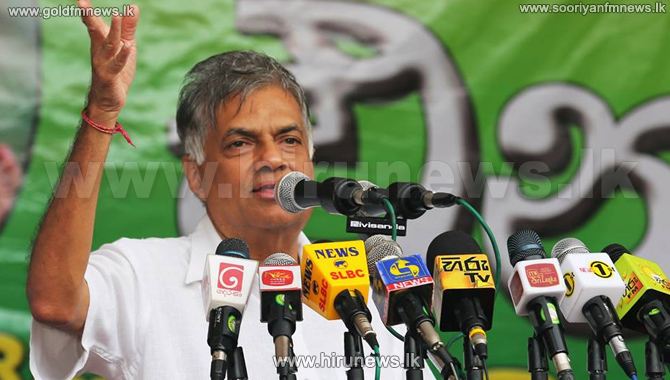 The UNP’s 70 Anniversary Convention is currently held at the Campbell grounds in Colombo.

President Maithripala Sirisena is participating as the Chief Guest of the ceremony.

According to our correspondent, Leader of the UNP Prime Minister Ranil Wickremesinghe as well as former President Chandrika Bandaranaike Kumaranatunga are also participating in the convention.

Minister Rajitha Senaratne and Minister Arjuna Ranatunga as well as several parliamentarians, provincial and pradeshiya sabha councillors representing the UNP have arrived at the Campbell Park to participate in the ceremony.

State Minister Vijayakala Maheshwaran addressed the gathering in Tamil, and stated that all communities are living in harmony in the country at present.

Currently the UNPs 70th anniversary convention is held at the Campbell grounds in Colombo, where leader of the party Prime Minister Ranil Wickremesinghe enquired the participants their views on the ‘Apey Mathawaadaya’ (Our stance) included in the party report.

All participants expressed their support towards the stance.

Accordingly, the Prime Minister announced that the stance was passed unanimously.

Consequently a special magazine of the party was handed over to the President and the dignitaries.

Meanwhile, a memento including a photograph of the Founder of SLFP S.W.R.D. Bandaranaike was presented to President Maithripala Sirisena.