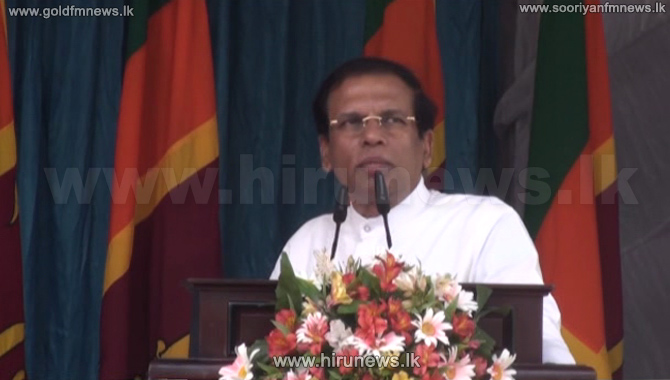 The closing ceremony of the 28th Mahaweli Sports Festival was held at Dehiattakandiya Public grounds this afternoon.

The ceremony was held under the patronage of President Maithripala Sirisena.

Addressing the gathering, the President noted that the first Minister of Mahaweli Development P.B. Silva together with the then Prime Minister Dudley Senanayake laid foundation stone to build the Polgolla Dam on the 28th of February 1970, marking the beginning of the Mahaweli Development projects.

He further added that the Polgolla dam was inaugurated on the 8th of January 1978 by then Prime Minister Sirimavo Bandaranaike and then Mahaweli Development Minister Maithripala Senanayake.

Expressing his views further, the President stated that following the revolution in 1977, the subject minister Gamini Dissanayake contributed greatly towards the national economy through the Mahaweli development scheme.