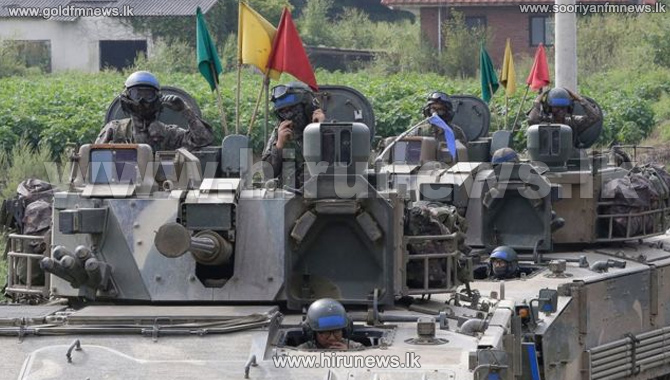 South Korean officials have said North Korea could be ready to conduct another nuclear test at any time.

The North conducted its fifth underground nuclear test on Friday, thought to be its most powerful yet.

A defence ministry spokesman said there was still an unused tunnel at the Punggye-ri test site which could be used for a sixth explosion at any time.

Friday's widely condemned test has ratcheted up tension and led to fierce rhetoric from South Korea.

On Sunday, one South Korean military source told the Yonhap news agency that Pyongyang, North Korea's capital, could be annihilated if it showed any signs of mounting a nuclear attack.

While doubts remain over North Korea's claim that it can now mount nuclear warheads on ballistic rockets - meaning it can carry out a nuclear attack - experts say the recent progress is worrying.