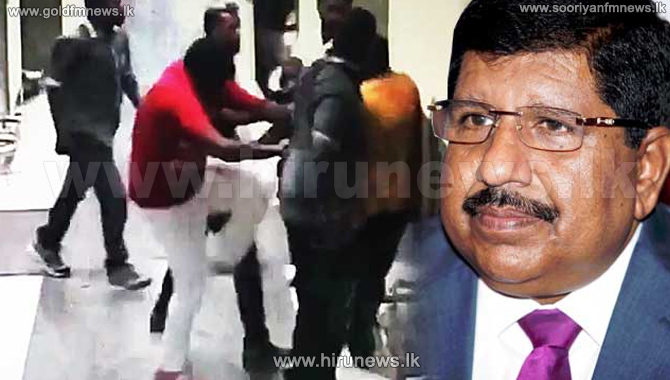 The Indian Express reported today that Sri Lankan High Commissioner Ibrahim Ansar was assaulted by a group of extremist South Indians due to lack of security measures in the Kuala Lumpur International Airport.

The newspaper quoted Sri Lankan High Commissioner Ansar as saying that he had informed Malaysian police about the impending threats on him as well as other Sri Lankan diplomats beforehand.  It also quoted High Commissioner Ansar as saying he had even informed the Airport authorities about the suspicious group before they unleashed violence on him inside a high security zone of the airport on September 4.

The newspaper reported that the High Commissioner who expected an attack by the extremist group had entered the high security zone to avoid them but the attackers had followed him to the so called high security zone as well without any hindrance.

Indian Express charged that the airport security authorities did not take sufficient action against the perpetrators even after the incident, allowing them to leave the site scot-free.

The Indian newspaper further stated that Sri Lanka could take the matter with Malaysian top authorities during the UN Assembly, in the event, the Malaysian government does not take proper action.