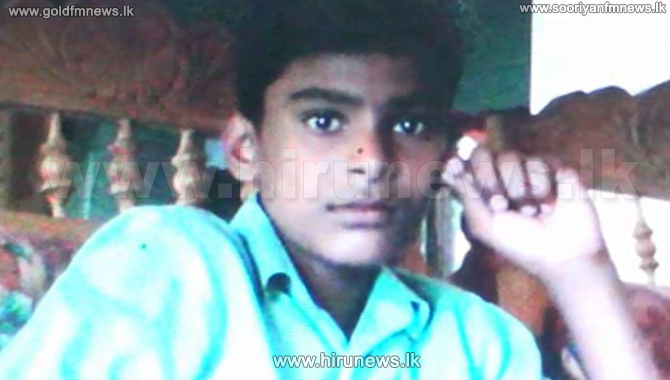 GP Pujitha Jayasundera has called the father of G.G. Gayashan of Yahangala in Bandagiriya who has been missing since September 5th.

The Gayashan’s father told our news team that the IGP questioned him about the incident today.

Whereabouts of the missing youth is still unknown even after eight days have passed since his disappearance.

Meanwhile, investigations into Gayashan’s disappearance which were carried out previously by the Hambantota police have been transferred to the Crime Investigation Unit of the Tangalle Division.

It is stated that 12 persons including several policemen attached to the Hambantota police have already been questioned in connection with the incident.

In addition, four police teams have been deployed to search for Gayashan, while the National Police Commission has also called a report over the incident yesterday.

Gayashan was earlier arrested by the Hambantota police in connection with stealing paddy, on September 5th.

Meanwhile, the Hambantota police informed Gayashan’s family that the latter escaped from police custody while he was being taken in order to use the restroom.

Five policemen including the OIC of the Hambantota police station have been transferred in connection with the disappearance.