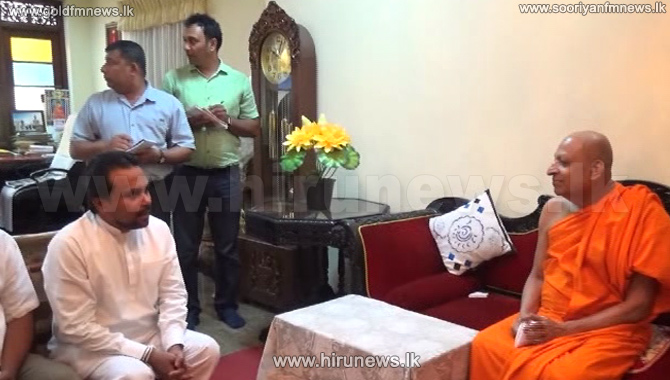 The Malwathu Chief Prelate Most Venerable Tibbatuwawe Sri Siddhartha Sumangala Thera said today that statements made over the new Constitution, even before it is launched, are unfounded.

The Thera made these comments to a NFF delegation led by its leader Wimal Weerawansa who paid a courtesy call on the Nayake Thera today.

The Chief Prelate stated that the President as well as the Prime Minister has given assurance not to include any proposal which accommodates division of the country.

The NFF delegation led by Wimal Weerawansa paid courtesy calls on both Malwathu and Asgiri Chief Prelates to inform them that the new Constitution will threaten the unitary status of the country.