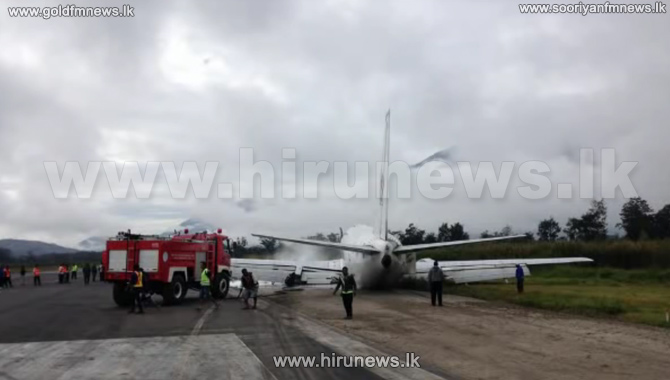 An Indonesian cargo plane has crash landed in West Papua while attempting a landing yesterday.

The PT Trigana Air Service plane was attempting to land in low cloud when it slammed into the runway and skidded along for about a kilometer at the Wamena Airport, which is roughly in the center of the Indonesian West Papua province, itself the Western half of the island of New Guinea.

No lives were lost in the crash, but Authorities have now closed the airport, which receives roughly 150 flights per day, until the wreck can be cleared from the runway.

The cargo plane was reportedly carrying 14,913 tonnes of fuel supplies for the remote Jayapura and Wamena regions.

PT Trigana’s Papua area manager, Bustomi Eka Prayitno told The Jakarta Post the back wheels of the aircraft had not extended fully into position, causing the landing gear to fail, with the aircraft skidding across the runway surface. The plane’s engines were also severely damaged, with scatted debris being left along the kilometre long crash course.

The airport is expected to be closed for about a week, causing untold disruptions to the region.