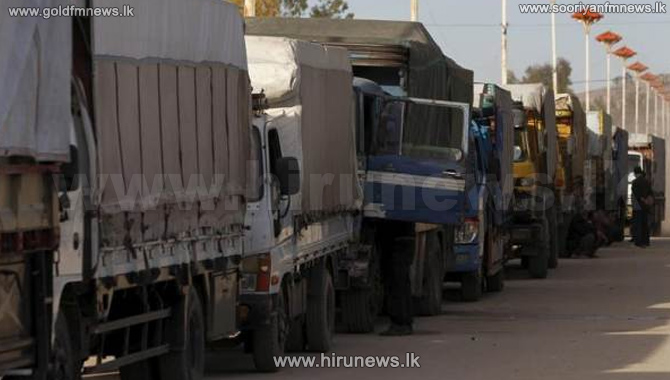 The Syrian regime has been accused of not allowing 20 United Nations aid trucks into eastern Aleppo, one of the key terms of the ceasefire that started on Sunday (12 September).

UN special envoy Staffan de Mistura said that the trucks are ready to move and that the Syrian government was in breach of the agreement brokered by the US and Russia, which included allowing the vehicles through simply by notifying the government in Damascus.

"We need to do more homework," de Mistura said although he did point out that there had been a drop in violence in the first 24 hours of the ceasefire.

De Mistura said eastern Aleppo was different from the rest of Syria where formal letters of authorisation were needed before aid can be delivered.

The Syrian government has warned it would not allow Turkish humanitarian aid into the besieged city of Aleppo without its permission.

A senior US official said Washington was doing all it could to ensure the UN convoy safe access.